It was a spectacular performance this year. It was also one the kids could be proud of, as all the acting, actions and dances were their own inventions. Watching them go through the performance, I could see their confidence in their abilities, and I was proud to see them work their way through the situations they encountered on stage. The kindergarten performance was 100% their own, and it was a pleasure to see how it manifested this year. My favorite part was the amazing arrival at the giant Christmas tree, and the kid's interpretations of their characters reactions. A fantastic and memorable Christmas play! I'm quite proud of the performance the students put on. The students had quite the undertaking, but were able to show grit and determination during our practices.
Great job guys! The students worked exceptionally hard on our Christmas play and it was great to see how much they progressed as we continued to practice each and every day.  We had so much fun getting into character and role playing and I hope they enjoyed it as much as I did.  Because there was no play last year, it was the first time for these students to be on such a large stage in front of an audience but they did a great job.  I was particularly impressed with how well they were able to remember and follow our Christmas dance routine all by themselves and I am very proud of them. They all put in their best practicing in class but most importantly they had fun. Even-though they made some mistakes on the day and fell over they picked themselves up while still doing a fantastic job to finish the play. They all were very excited back stage and looked very happy with what they had achieved. I am happy they enjoyed themselves as that was the most important thing overall. They did a really good job. They were able to memorize their lines and songs very well.
They had fun doing the play in the real theater. They were also excited to wear nice costumes and see the big props that their parents made.
I hope they had a magical Christmas experience! I am so proud of all the hard work and effort that my students put in during our play practice. Their dedication was rewarded by how well they performed on stage.
This year’s Christmas play was wonderful. I am thankful for all the hard work the students and parents put in to make the play a success.
I am amazed by your performance! You did a good job. The play seemed to go very smoothly and the outcome was a very nice performance by the students. (And thank you parents for all your hard work, too.)
The practices were a good opportunity for the students to begin using their English skills in a new way coordinating with their dancing and acting.
They understood their roles quite quickly and the short practices helped keep the children’s excitement up.
I am very proud of the amazing effort each student put in and that the result of their hard work who a very nice performance. Great job, students! The students practiced very diligently at home and at school the entire time that they had the script. They also enjoyed practicing the dance moves for all the songs.
The kids did a great job adjusting to such a huge stage and not getting nervous when the curtain came up. They all remembered their lines and sequence of the play.
After the performance was over, I gave them all a high five and we gathered together in a circle and chanted, “We did a great job”! I am so very proud of the K1 students. They jumped at the chance to practice their dance routines for the songs, and consistently practiced their lines (and their friends’ lines too!) everyday. Their personalities shone through on the day, and even when presented with a few challenges and difficulties, they worked as a team to solve them and continued on with the show. Well done K1! I was pleasantly surprised by how quickly they picked up the rehearsal routine and choreography. They really wanted to create a “special present” for their families with their performance.
They gave it all their energy and love, putting on a wonderful show! I could see how happy they were to be on stage, showing what they could do.
I’m so proud of how hard you all worked. Always remember, the most important thing that I got is to have fun! Everyone did very well, and their excitement with each practice grew. They began to enjoy singing the song a lot more, even singing it outside of practice.
I feel that they all did very well considering it was their first time on a stage in front of many people. They forgot one part of the actions, but their singing was great, and they were all very brave.
The same as I said to them once we got off of the stage, well done! You did a great job, and I am very proud of you. 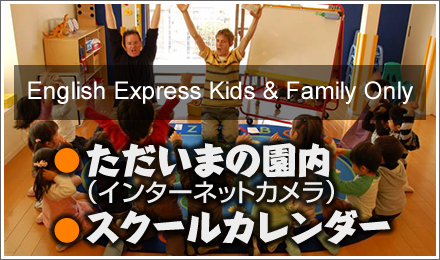